How hard can getting pregnant be? You get an ovulation kit, find out when you ovulate and then have sex. Wallah, you should be pregnant. Right? Wrong! Every month it’s like you are given new hope. You ovulate, you do the deed and then you wait. You wait for what feels like forever, until the day that your period is meant to make its grand entrance. You hope and wish that this month will be the month, but just like every other month your period appears. Now you are left with no hope. It feels like you are right back at the beginning again. You’re on a carousel that you cannot get off.  You are deflated and it doesn’t seem like there is any faith but yet, you try again next month.

As the day your period is due creeps up, you convince yourself that every twinge, cramp or pain is a pregnancy symptom. Ouch my breast as sore (straight to google – “are sore breasts a pregnancy symptom” YES, they are! But so is everything else that could also be the sign of your period coming). Every month I fooled myself into believe that this is it, I’d tell myself to keep guarded, don’t think about it, it will happen. But for anyone who has really wanted a baby and has been trying for a baby for what feels like forever for them (it could be months or years) it’s the hardest thing to do! Because it consumes you.

This is what my pregnancy journey was like. When we started trying to conceive with this little one, I had it in my head that it wouldn’t take too long because my body had already had a baby, so it knew what to do. Hahaha that was so silly.

We tried without any ovulation sticks or temping or timing of any sorts at first and the months went by. So I then started to track my cycle and pee on thousands (exaggeration) of ovulation sticks. I was ovulating but not every month. I had this same problem when ttc with Parker. So I decided to go back to my gynecologist. Drag. He sent me for some blood tests, a pap smear and did an internal ultrasound (so much fun). Everything looked fine, so he decided to start me on Clomid. I was excited for this. New hope. My SIL and friend had, had early success with Clomid and I thought I would be exactly the same. Wrong again.

I started taking Clomid that month. The first fun thing I learnt about Clomid is when you are on it, you have to have two internal ultrasounds a month. For anyone who hasn’t had the pleasure of having one, it’s a little like putting a probe inside you and poking it around, where things shouldn’t be poked. The first internal was to check if I had eggs producing and the second to see if any were ready to drop. On my first round of Clomid one egg dropped and it was go time. Followed closely by my period. Its OK, this is just the first time, I told myself.

So back on the Clomid for another month. Except this month I didn’t ovulate. Why was this happening? Instead of losing all hope when my period came, my hope was lost 12 days in to my cycle. Making it a really long month. That wasn’t the only problem. The side effects were starting to kick in. I couldn’t control my emotions (happy one minute, crazy cat lady the next), I was becoming forgetful (missed numerous lunch duties at work) and I started to have trouble sleeping (this made the crazy cat lady worse).

The Dr then decided to up the dose of Clomid. Back in for that beautiful internal, this time I ovulated and not only had one egg dropped but two! The Dr then proceeded to tell me the complications of having twins and the risks. He also informed me that the eggs could split and I could possibly end up with triplets. He then informed me about early termination. So here I am wishing for a baby and have the possibility of having two and my Dr is telling me that we should skip this month or I could terminate because he doesn’t like the risk factors that come with twins. I left feeling helpless and deflated. I can’t even tell you what I was thinking, because I was at such a lose with the fact that two eggs dropping could have been negative, that I just switched off and felt emotional less.

Once I got home my husband remind me that if this was occurring naturally we wouldn’t be able to decide, so why now! Exactly. However that horrid period showed its face again and I was back on the bathroom floor crying, asking if it was ever going to happen. The following month, I pulled myself up onto the hospital bed with the tiny amount of energy I had left, while once again he gave me an internal ultrasound. I was looking at the machine hoping there was a little egg there waiting to become our next baby and there was two. AGAIN! We tried again that month but yet again I was cruising down the ladies aisle buying tampons.

At my next visit he told me that the Clomid wasn’t working for me and he wanted me to inject myself with a needle at the beginning of every cycle. My head was spinning. Wasn’t it working, eggs were dropping. Had he also lost hope! It all became a little too much. The constant pill taking and the side effects of Clomid, not to mention mentally going to the Dr twice a month every month, only to be faced with a negative result time and time again.

Taking a break was not something I did lightly. I felt I was a failure. That I was giving up when it was starting to get hard and that went against everything I believed in. So my mum encouraged me to go and see my naturopath instead of letting go entirely.

I walked into her room with little faith and pure mental and physical exhaustion. She gave me acupuncture and a few vitamins to take as well as a disgusting drink I referred to as ‘jungle juice.’ I didn’t ovulate that month but I did feel like myself again. The side effects of Clomid had gone away and my cycle was back to normal. When my period returned it was disappointing but not as crushing as the times before. I had new hope.

I went back the next month. Acupuncture again. My naturopath was so full of hope and positive, something I desperately wanted to be. I put my whole faith in her and every morning I told myself to have faith and one day when our baby is ready it will happen. Did this make it easier when my period showed up that month, no. But I figured why immerse myself in negative energy, why not try to embrace the positive.

The next month was different. I have being seeing this naturopath on and off for over 11 years. When my dad was sick with cancer he also went to this naturopath. Over the 11 years I have been, I have never been into the consultation room my dad went into, but on this particular day I did. Normally something like this would throw me into emotional turmoil. Make me crave one last hug from a man I loved so much, followed by endless tears. However on this day it gave me hope. I felt that this was a reminder of just how special and unique life is. How much of a miracle a baby is and that sometimes miracles take a little longer. My naturopath came in and proceeded with the acupuncture. Before she left she told me, you will have a baby soon. So hopeful again. I was left sitting on the table while the needles did there thing, with lots of time to reflect. I left feeling like dad was a little closer, I had a little more faith and a reminder that I needed to treasure all the moments because life is so special.

I was sitting at a table with my family in a restaurant. We were waiting for my brother before we ordered dinner and I was feeling really off. I felt as though I hadn’t eaten all day and was starving to the point that I needed to eat. Straight away my brain was like, OMG could this be it! No don’t be silly, you always have pregnancy symptoms, this is just another one of your google symptoms. My brain was ticking all night. In the morning I decided that I would test, you know just in case. My period wasn’t due until the Monday and it was Saturday. I jumped out of bed and peed on that little white stick. One line appeared. Again! Disappointment hit me again! I washed my face and tied my hair back. I picked up the stick again to throw it in the bin before my dear husband saw it and there was two pink lines! WHAT! No way. I quickly grabbed another one out. Peed on it and waited. Two lines. Another. Two lines. Is this real! I peed on one stick every day for four days, you know just to make sure.

Now 14 weeks pregnant, I still can’t believe that this is actually happening. That this is all real. It’s been a crazy journey for me and believe me I know that people have been through a lot more than me and my heart truly goes out to them. One person is my amazing Aunty who has been through so many rounds of IVF and yet to hold her little miracle.

If you are ttc please never hesitate to talk about it, I believe it’s something that women feel they should endure on their own and this is not the case. Hold on to faith and hope and know that I am sending all the baby dust your way! 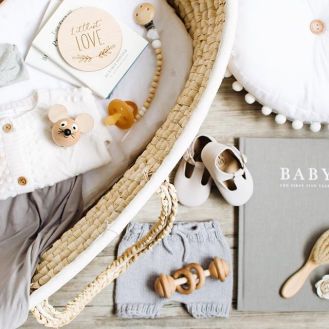 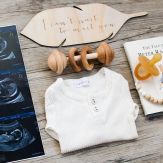 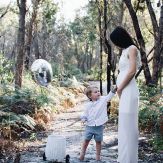 2 responses to “My ttc journey”

This site uses Akismet to reduce spam. Learn how your comment data is processed.